We bring safety to the docking process

Five modules for secure and gap-free docking with the aircraft

The Passenger Boarding Bridge Interface (PBB Interface) is suited for handling all standard aircraft types, including the latest generations of aircraft. In comparison to existing aircraft connection systems, impressive energy savings are possible with this system due to improved sealing mechanics. Even for wide-body aircraft types, the PBB interface offers sufficient space for damage-free opening of the aircraft doors.

The module consists of a solid basic frame that is mounted on the cabin of the passenger boarding bridge as well as an adjustable tilt-correction floor element with the folding canopy. The horizontal orientation of the PBB Interface to the airplane entrance is performed via the tilt correction movement. In contrast to earlier pendulum floors, the new flexible sliding floor element moves together with the complete canopy. This allows for optimal sealing – a noticeable benefit particularly with extreme exterior temperatures.

The combination of the tilt correction function with the flexible sliding floor makes for optimal docking between the folding canopy and the aircraft fuselage. Through the horizontal positioning of the interface, the different inclination angles in the passenger boarding bridge which occur in handling different types of aircraft can be compensated for. Low contact pressure of the sliding floor element against the aircraft prevents any damage to the airplane body.

The Passenger Boarding Bridge Interface can be individually designed and adjusted to the specific requirements of airport operators. Retrofitting of existing passenger boarding bridges can be undertaken without problem. The Interface can be delivered in separate parts facilitating easy and economical shipment. 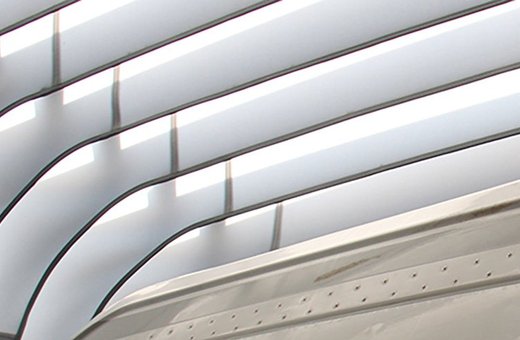 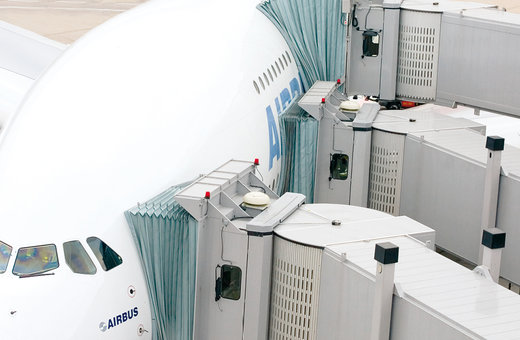